On the development of silicon wafer in China

The output and quality of silicon wafer directly affect the chip production, as well as the development of many application fields such as communication, automobile, computer and so on.

At present, the global semiconductor wafer market is highly concentrated, mainly occupied by enterprises in Japan, Germany, South Korea and Taiwan of China. More than half of the world's semiconductor silicon production capacity is concentrated in Japan, and the larger the size, the more serious the monopoly situation.

rom 2016 to 2018, the concentration of the industry continued to improve. The market share of the top five semiconductor silicon wafer factories, namely, shinyue chemical of Japan, sumco of Japan, Siltronic of Germany, global wafer of Taiwan of China and lgsilon of South Korea, increased from 85% to 93%。Fpgamall can't lose the silicon wafer

As the largest semiconductor product terminal market, the scale of China's semiconductor wafer market is growing rapidly with the expansion of domestic semiconductor production lines.
According to SEMI data, China's semiconductor wafer sales increased from $500 million to US $996 million in, with an average annual compound growth rate of 41.17%, far higher than the 25.75% of the global semiconductor silicon market in the same period.
At present, China has gradually stridden from the peak period of plant construction (Jin Qilin Analyst) to the period of expansion of production. Semi data shows that from 2017 to 2020, China's planned number of new wafer plants accounts for 42% of the world; from 2020, with the gradual completion of construction and the equipment moving into the production line, wafer plants begin to enter the stage of trial production to expansion. In the next five years, China's wafer production capacity will usher in a breakthrough and rapid increase. From 2017 to 2020, China's chip production capacity will increase from 2.76 million pieces / month to 4.6 million pieces / month, with an annual compound growth rate of 18.5%, higher than the global average.
At the same time, overseas silicon giant scale expansion is small. Including Xilinx and Intel's Altera, two giants of FPGA generationAccording to sumco's prediction, the global 12 inch wafer production capacity will increase slightly in 2020, and there will be almost no expansion plan for 8-inch silicon wafer. Superimposed on the global 8-inch wafer capacity depletion in 2019, it is expected that the supply and demand pattern of silicon wafers will continue to be tense in 2020.
In addition to the new production lines in various regions, TSMC and SMIC, the leading foundry company in the mainland, have also expanded their capital expenditure this year, boosting sales of semiconductor equipment and materials.
SMIC's net profit in the second quarter hit a new high in a single quarter. Due to strong market demand, SMIC raised its capital expenditure again to US $6.7 billion on August 7, following an additional annual capital expenditure of US $1.1 billion to US $4.3 billion in the first quarter.

Strive to catch up with international advanced level

Semiconductor silicon chip is also one of the links with the biggest gap between China's semiconductor industry chain and the international advanced level. At present, domestic semiconductor silicon chip enterprises represented by Shanghai silicon industry and China Central Co., Ltd. are striving to catch up.
At present, domestic share accounts for only about 3% of the global silicon market share, and the mainland China mainly produces semiconductor wafers 200mm and below. Before 2017, almost all of the 300 mm semiconductor wafers were imported; in 2018, Shanghai Xinsheng, a subsidiary of Shanghai silicon industry, was the first to realize the large-scale sales of 300 mm silicon wafers, breaking the situation that the localization rate of 300 mm semiconductor silicon wafers was almost zero.
Some products of 300 mm semiconductor silicon wafers in Shanghai silicon industry have been certified by SMIC international and Huali microelectronics, and some target customers are still in the product certification stage.
According to Shanghai silicon industry, Shanghai Xinsheng is in the process of raising funds to invest in the project, namely, the second phase project of R & D and industrialization of 300 mm silicon wafer technology for integrated circuit manufacturing, and the production capacity of 300 mm silicon wafer production line will further increase from 150000 pieces / month in 2019. Although affected by the epidemic situation, the equipment installation in the first half of the year was delayed, but through the acceleration of follow-up progress, it is expected that the production capacity of 200000 tablets / month will remain unchanged by the end of 2020.
China Central issued an announcement on the evening of July 15, announcing the progress of the mixed ownership reform of the central group by the controlling shareholder Tianjin Zhonghuan Electronic Information Group Co., Ltd. (hereinafter referred to as "Zhonghuan group"). Through bidding, TCL technology became the final transferee of the central mixed transformation project. The main products of Zhonghuan include manufacturing and sales of semiconductor materials, semiconductor devices, new energy materials and new materials, financial leasing business, and development and operation of efficient photovoltaic power station projects.
Through the central mixed transformation project, TCL technology has further enriched the layout of semiconductor display industry chain, and extended to the upstream core fields such as materials and equipment. Fang Jing (Jin Qilin), chief analyst of Cinda securities and electronics industry, pointed out that the central mixed reform project will win both for central and TCL technology.
EP3C25Q240C8NEP1AGX50DF780I6EP4S40G2F40I1EP1AGX60DF780C6N
Copyright © 2020 fpgamall.com All rights reserved. 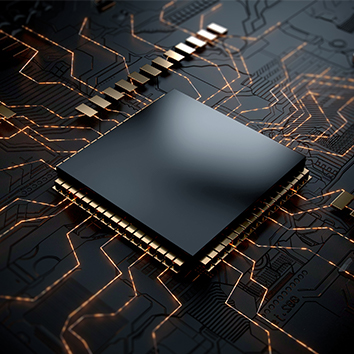